A drawing game for everyone! 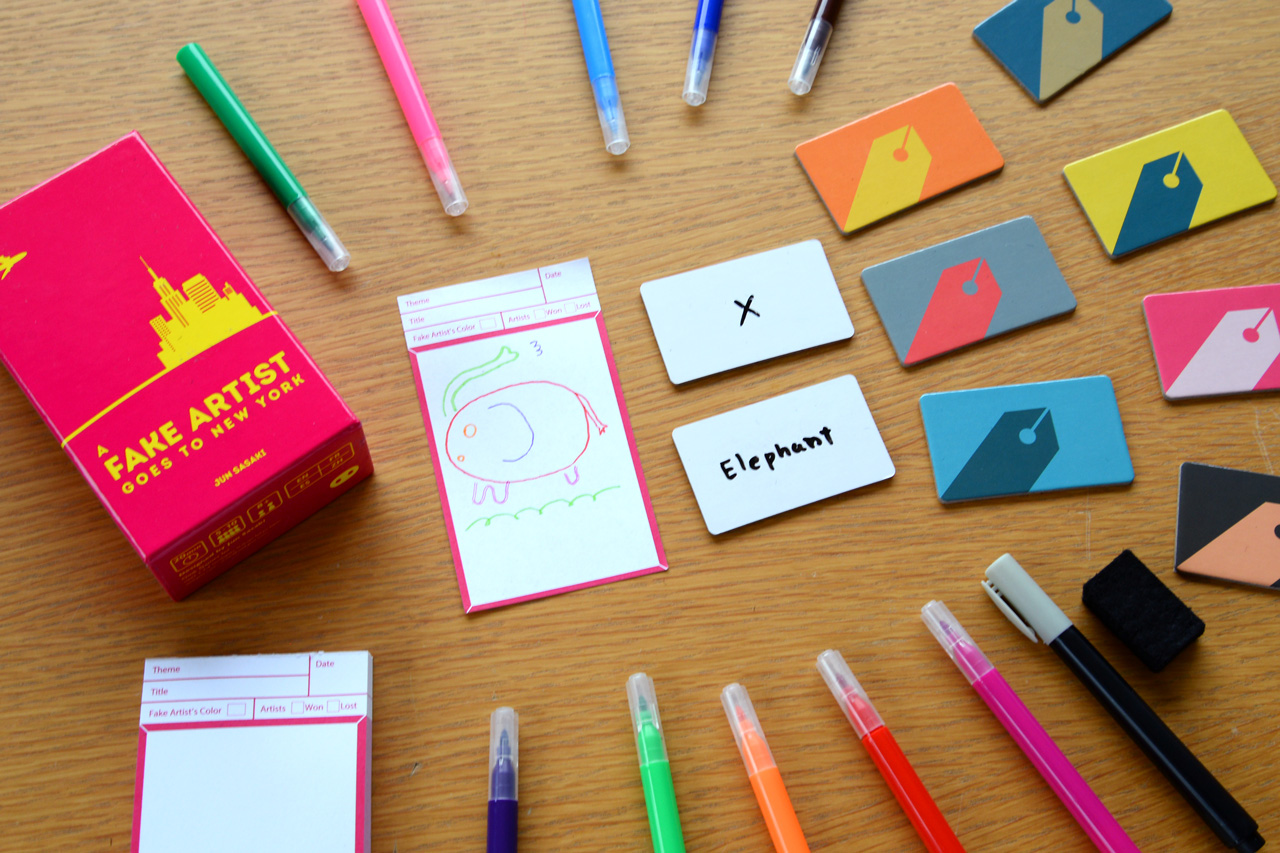 “A Fake Artist Goes To New York” is a game for 5 – 10 players. You have to draw and to conclude. Trying to conclude something while drawing is not as easy as you think…!
Here’s the game roughly explained:
1 Everyone tries to draw what the game master wrote on their cards, but are only allowed to draw one line each (If the topic is “cat”, you could draw an ear or a whisker, so that the others know you know the topic).
2 There is one fake artist among the players who doesn’t know the topic and draws a line randomly.
3 All players can draw two lines all in all and then have to decide who the fake artist is.
4 If the fake artist gets the most votes, he loses.
5 If he doesn’t get the most votes, he and the game master win the game.
Now you might think it is extremely easy to find out who the fake artist is, but there is one more rule.
6 Even if the fake artist got the most votes, he can still guess the topic of the picture everyone drew and win if he guesses right.
Knowing this rule it becomes much more difficult for the real artists to draw their lines, because they want to show the other artists that they know the topic of the picture, but don’t want to be too obvious in front of the fake artist.
…so the picture becomes a crazy mess!
Everyone is fighting to win the game and the picture thus becomes a mess. Take a look at these examples:

The topic here is “Tomato”, but because of everyone’s confusion the picture looks like this. Who do you think is the fake artist here?
Here’s the next picture: 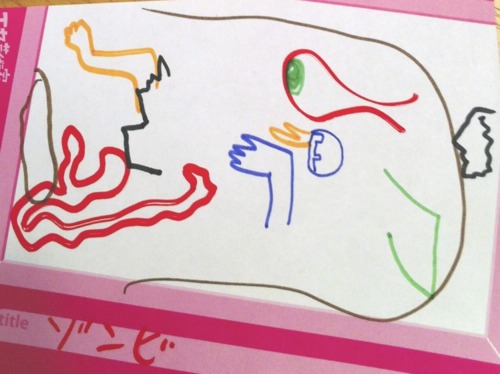 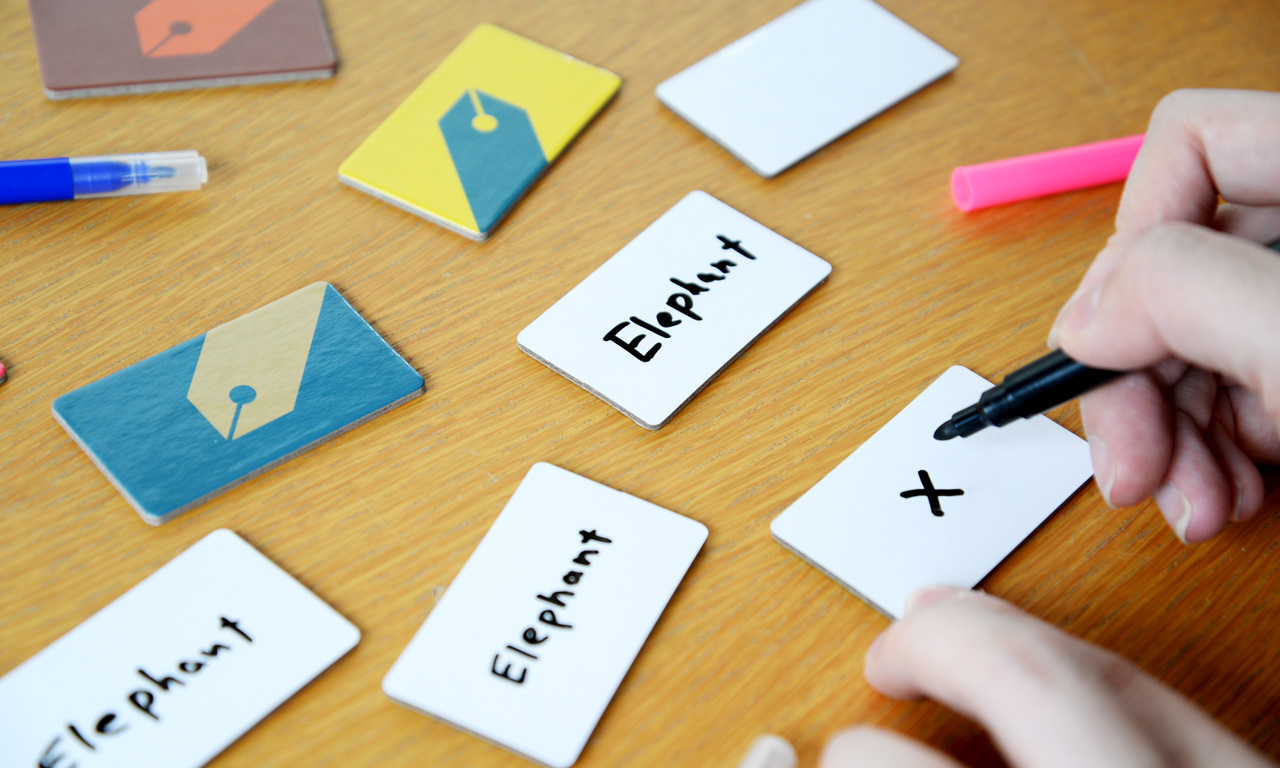 What you will find in the compact little box are 10 color pens, one white board marker, cards and paper!
You can write on the 10 colorful cards as many times as you want with the board marker and wipe everything away afterwards. The paper pad has 100 pages and even if you use it up, you can just take normal paper afterwards.
We are proud of the easy-to-understand game manual and the nice design of “A Fake Artist Goes To New York” and hope you will try it out with your friends and family!
◆Japan Board Game Prize 2012 – 8th Place
Also available on Nintendo Switch
More Information: Link