In Lorenzo il Magnifico, you are the head of an influential family in Florence during the Renaissance. You hope to rise through the ranks of nobility to gain even more prestige in the city, but you’ll have to rely on your family if you want to achieve your goals. Over the course of six rounds, you send out family members to different areas in the city to collect resources, develop territories, build your military strength, and pay tribute to the church. However, the members of your family have different strengths. You have to decide if you want to send out the golden child to complete a task, or the black sheep. With careful planning, you’ll be able to lead your family to a higher status level among the city’s elite.

In Houses of Renaissance, each player now becomes the head of a powerful house of Renaissance, each of which has a strong special ability that only that player can use. Players choose the houses from the ten available at the beginning of the game through a special and fast auction. This expansion also introduces: 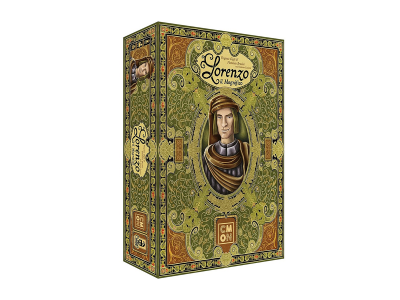