Risky treasure hunting in the depths of the sea…

A group of adventurers got together on a submarine to try and gather the treasures that sleep at the bottom of the sea. Everyone geared up in diver suits, but having a very old submarine means sharing the same oxygen tank. If one of them dives too deep, the other divers’ lives will be on the line! Will the adventurers make it back to the submarine safely?

Playing “Deep Sea Adventure”, you have to dive deeper using the dices. 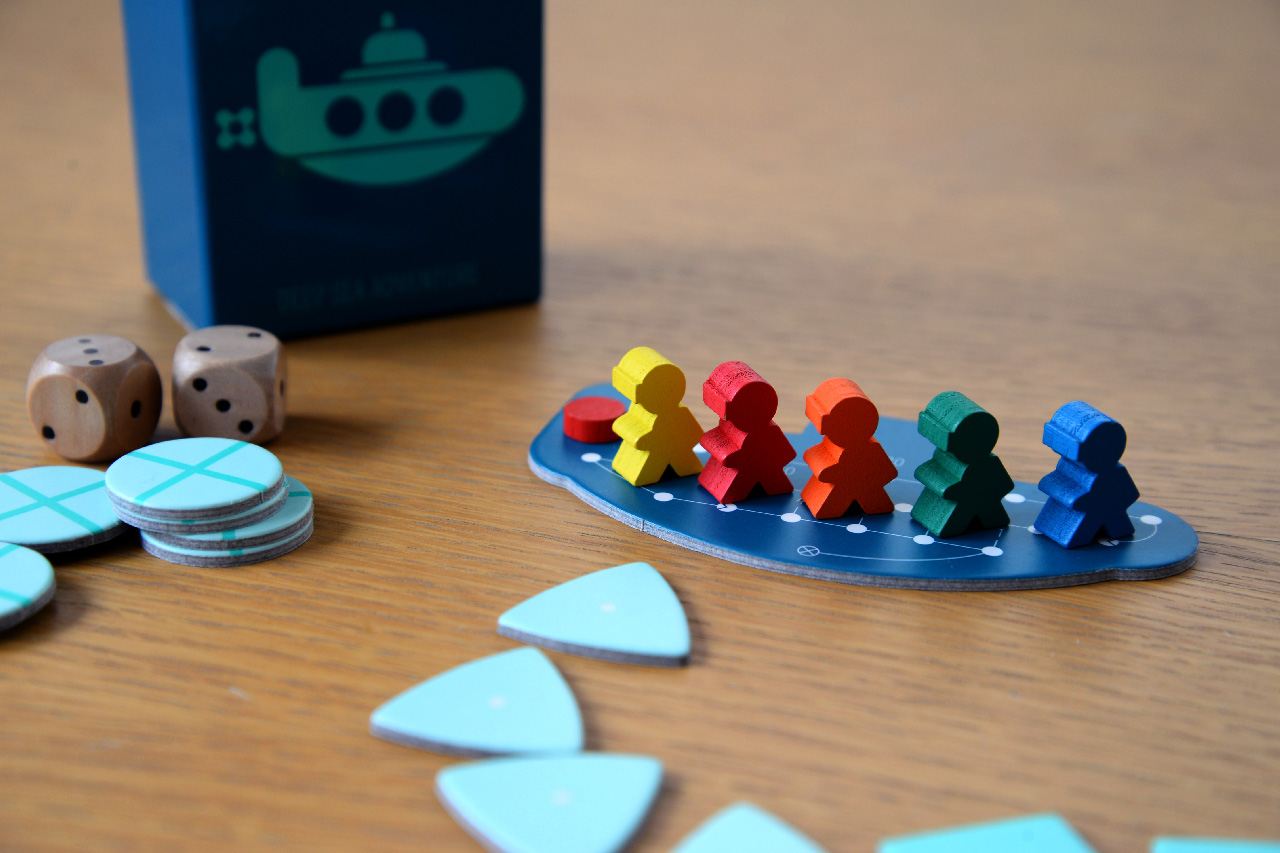 The deeper you dive, the higher are the chances to get good treasures, but if you take too many, the oxygen in your shared tank will be used up quicker. 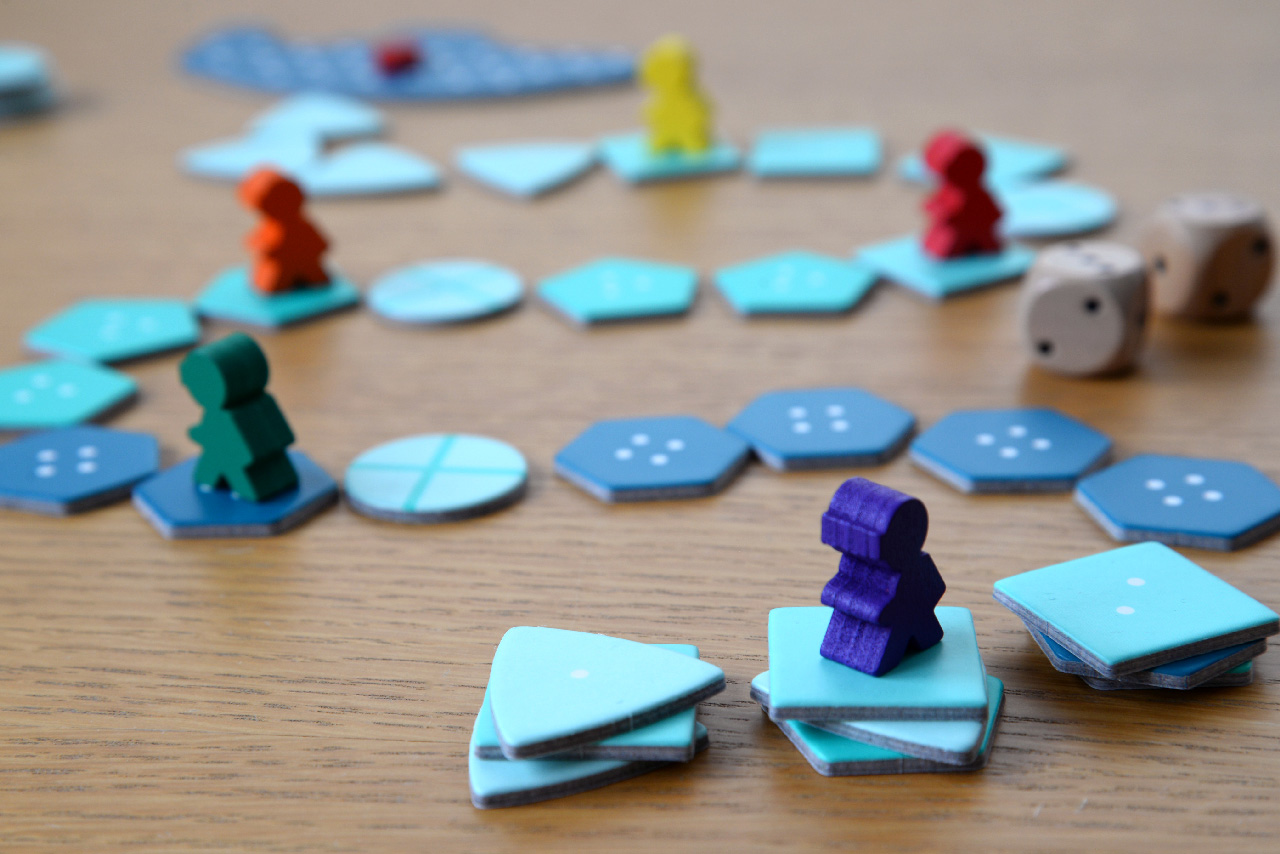 Inside the nicely designed, compact, blue box you will find 48 chips, a submarine, colorful meeples and two dices with numbers from 1 to 3.
Appeared in the Weekly Shonen Jump series “We Can’t Study!” and was also released as a collaboration with a 2019 anime series.
More Information: Link